Be it a small-scale startup, a big tech giant, or a unicorn company, one thing that is common to all is that they extensively use git to manage their huge codebase and make the deployment cycle faster.

Knowing how to make the most of git’s useful features is crucial to managing software. Or else, you may find yourself in a situation as shown below.

Don’t miss out on Git basics - byte-sized learning content that will get you up to speed with the fundamentals of Git using real-world applications.

At first, Git comes across as an easy tool that can be learned later when there is a real need. And that day comes when the git command shoots an error, after which Git becomes too complicated to understand. Often developers resort to copy-pasting which doesn’t help in the long run. Unless you are hands-on with Git, you are not an independent developer.

You are here because you want to understand and learn Git right from the basics. And that’s what this blog is all about.

Here’s what you will learn in this blog

What is Version Control System

In layman's terms, Version Control means that if you rip off the project or accidentally delete files, you can quickly recover them, and the overhead is negligible.

Say, you are adding a new feature to your million-dollar app. You spend sleepless nights writing code for it. And before you can go back in time, you realize that new bugs have crashed the production server.

Frantically pressing Ctrl+Z on your keyboard to hopefully return to a previous version of the working code?

That’s not going to help always.

VCS - Version Control System is the answer you are looking for.

Why would you care to add another sword to your software armory?

VCS can not only restore your previous working version, but it can also solve other concerns with code management and application deployment. You cannot avoid learning VCS to manage and make your code production-ready in the current DevOps cultural shift.

Trace the changes made to the code

Version control tracks change to a file or collection of files over time so that different versions can be restored later. It allows you to revert selected files to a previous state, the entire project to a previous state, monitor changes over time, see who last updated something that may be causing a problem, who implemented an issue, Additionally, it lets you add metadata to the changes that can help others understand why that change was made and when and who made it.

The Version Control System also simplifies the code review process by measuring and introducing the differences introduced by the developer in the code to the reviewer, saving time and finding errors with ease.

You can think of it as having a time-stone that enables you to go backward in your work so that you can rectify the origin of mistakes you did previously and make a new tangent in the time axis and manage messed up things.

Bugs are an inevitable thing. Even in a small-scale project, bugs can indeed be found. Identifying and resolving bugs results in new updates that are published as patch updates. Without the use of a version control system, managing these patches and distributing the workload among peers is a time-consuming job.

Maintaining multiple versions of the project

Requirements evolve and change. When a new feature is added or an existing feature becomes outdated, the application code is updated. Handling various versions of code in a large codebase is a cakewalk with VCS.

Usually, a project is managed by a group of several individuals. Often this leads to interdependence among members, and productivity degrades as a consequence. Working in isolation, then exchanging code and combining differences, will boost development work exponentially.

Version control software provides an interface for integrating third-party productivity applications suites such as project/bug monitoring apps such as Jira. Hooks are customized scripts that are automatically triggered when a specific operation in a Git repository is performed. Hooks empower you to tailor your git workflow and initiate personalized behavior at key events in the project's life cycle.

Git is a distributed version control framework that is free and open source. Linus Torvalds, the developer of the Linux operating system kernel, created it in 2005.

Git is used for project collaboration and history exploration. Git provides all of the benefits of a distributed Version Control system that have been addressed in the preceding section.

But what made Git a market leader? Let us investigate.

Here are some of the most basic and essential features of Git that make it the clear option of all available version control tools:

Every participating node in distributed VCS has a complete copy of the project as well as a full revision history of each file. This allows you to work locally without a network connection all while allowing you to collaborate when you are back online via central remote repositories. Being distributed git implicitly provides you the advantage of having multiple backups and choice to follow workflow of your choice locally.

Git uses cryptographic algorithms to store files and snapshots. The checksum is determined when the files are stored and checked when they are retrieved. If you change things to a file, date, author information, commit message, or something else, the associated commit id changes. Use of the same commit ID ensures that your project is exactly the same as when it was committed, and that the history has not been altered.

Git supports frictionless and rapid context switching between different linear workflows. This allows developers to work asynchronously and managers to do, frequent releases which generates frequent customer feedback and faster updates in reaction to that feedback.

This is a very powerful feature that allows for parallel creation and simple merges. Any new feature can be tested and worked on around the branches, and then integrated with the production branch almost instantly without affecting other people's code. Working with git offers an isolated environment for any change to your codebase made by any team member due to branch magic. This contributes to the adoption of feature-based workflow and also gives us the ability to perform experimentation that can be quickly discarded.

Lightweight And Fast- Everything Is Local

Almost all git operations are done locally, which greatly decreases network calls. Furthermore, the source code of git is written in C, a low-level language, which reduces overall runtime. Since git stores all project files with their full revision history, the repository's overall size can balloon significantly. Git optimises for this by combining the files into a Packfile. The Pack File stores the files and the variations in each version of the file.

Git is heavily used by the developers as it is free and open to the community.

Basics of how Git works

First and foremost, it is important to understand the 3 areas where you code lives inside git:

Working tree contains the files that you are currently working on. When you open the files for a project that is managed as a Git repository, you gain access to the Working Tree.

The staging area is like backstage in a theatre, i.e. this area contains all the added files that contain new/changed code, which is ready to be joined to the next commit. All new/changed files are first pushed to the staging area.

Git repository contains all files of the project. It’s like your project’s database. It can be a local git repository or remotely present in any web hosting services like Github, Bitbucket, etc

Every file under Git goes through these three stages:

Git Basics - get hands-on with the basic workflow of Git by doing fun real-world activities. Do check it out and learn Git at your own pace.

What exactly is GitHub?

GitHub is a platform built on top of git that allows developers to manage and communicate their projects with the rest of the globe. You, or someone else in the developer community, may contribute to open-source projects using GitHub. That's like Social media for developers, where you can interact with like-minded devs and work on meaningful projects collectively.

What’s the difference between Git and GitHub then?

It's equivalent to asking for Email vs. Gmail. Git is a version control system, and GitHub is a cloud-based hosting service that helps in managing Git repositories.

Fun exercises to deepen your understanding

Read up on why this error emerged and what the best practises are for resolving it.

Find out what's causing this conduct.

Add all your existing projects to Github by making separate repositories for each and manage them more efficiently.

This has two additional benefits in addition to efficient project management -

And if you are in search of kickass real-world projects, we have you covered.

Head to Crio Projects Hub and pick any project you like from a list of noteworthy and projects and complete them with a fully guided action plan. If you're wondering, YES! All projects are free to access, don't miss out the interesting project ideas available in this hub.

Get the latest posts delivered right to your inbox 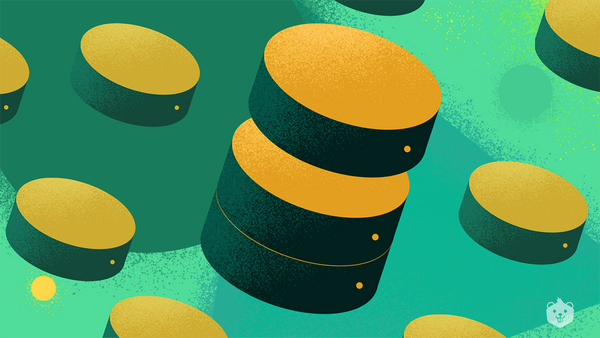 What is Mongo Database & why should you be leveraging this powerful database for your next development project? 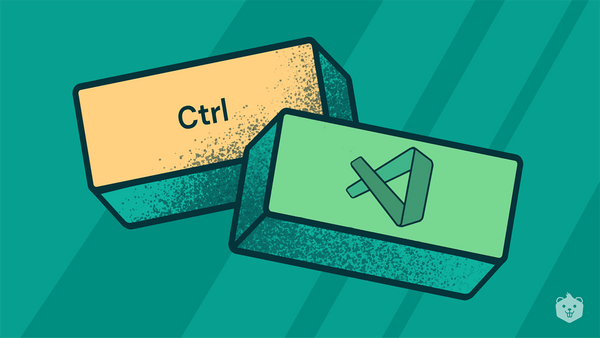 Handy VS code keyboard shortcuts for Windows and Mac. Learn the use of Zen mode, undo shortcut, multiple cursors, and more. Get the complete cheat sheet.

Stay up to date! Get all the latest & greatest posts delivered straight to your inbox